Functional testing comes in all shapes and sizes.

So do functional testing tools. 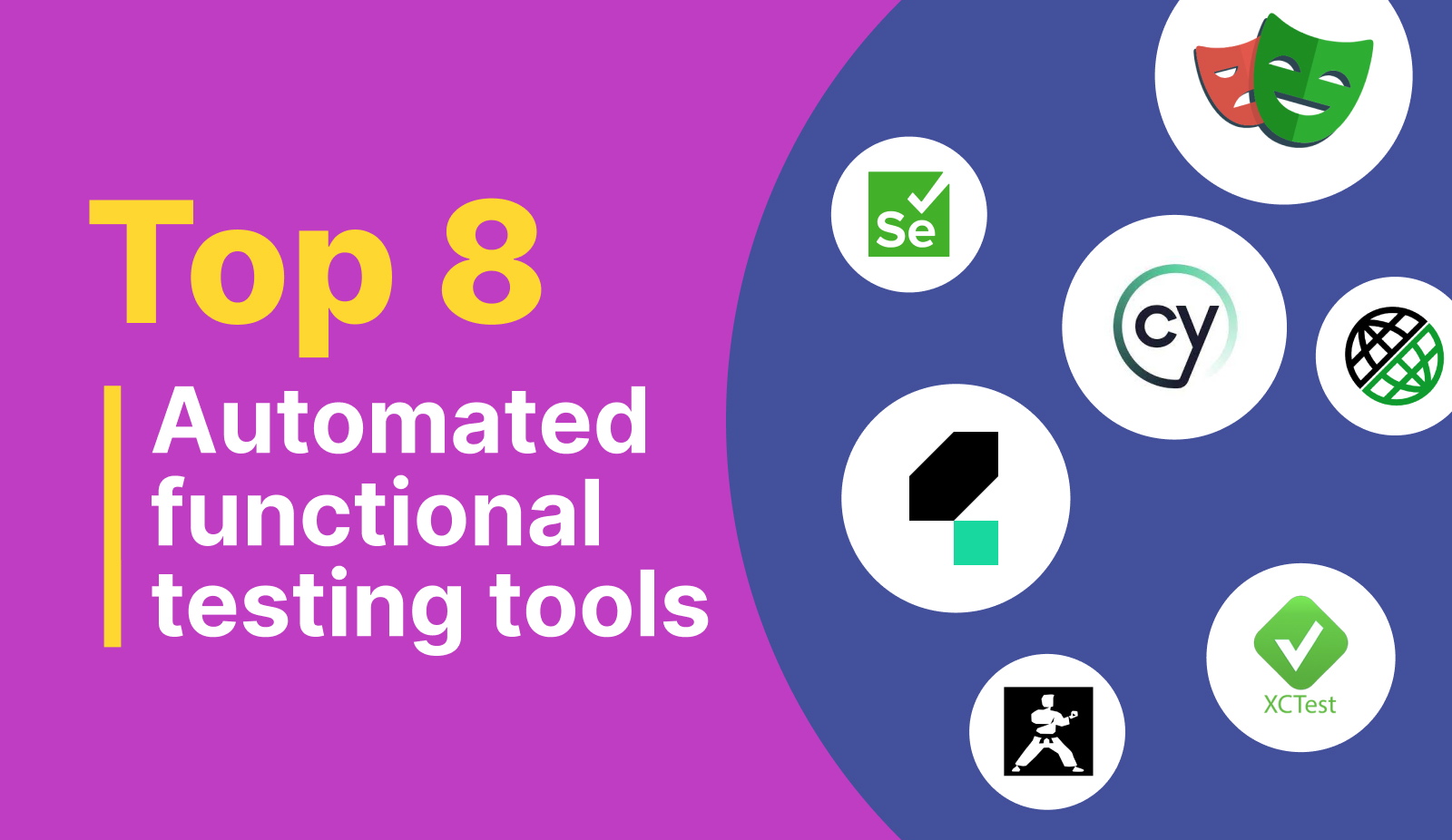 What are functional testing tools?

Functional testing tools automate the process of validating the functional behaviors of systems under test; their primary purpose is different in the scope of software quality as compared to tests designed to evaluate systems for performance, usability or behaviors under high load/volume.

Given a specific requirement or acceptance criteria, functional testing checks if a critical feature is behaving as expected. While a load test tests how long a login form processes user inputs before a successful/unsuccessful login attempt, a functional test for the same login form verifies the following behaviors:

Here’s a side-by-side look at examples of the various software testing types.

Can functional testing be automated?

Tests that are best for automation testing often are:

Who does functional testing?

The responsibility for software quality is shared across every member. From functionality, security, and performance to usability, testability is ensured by both the developers and quality engineers.

The worthy tools for functional testing, of any kind, is when it’s chosen for:

Automated software testing on every framework or testing platform doesn't have the same capability, effectiveness, level of effort to set up, or even work the same. The brick and cement you use to build frameworks are:

Likewise, the way that you author, run, analyze and maintain tests will require some time getting used to.

If you’re opting to build your own testing framework using open-source libraries, chances are you are well-equipped with extensive coding and testing knowledge. While it’s an option, implementing your own test framework takes up a lot of setup/build time before the testing part actually begins. The maintenance of the framework and resolving issues encountered at runtime of larger test suites also create a lengthy and cumbersome testing cycle.

For example, Postman’s focal point is solely on API performance, security and functionality. If APIs are at the top of your testing list, give it a go.

A software quality management platform incorporates all functionalities needed to automate and view the full picture of quality activities.

To get quality embedded from the UI to API across different platforms, the Katalon software quality management platform specializes in automating tests for API, web, mobile and desktop apps.

The key value is that it offers software professionals a complete testing workspace where the keywords library is diverse for web, API and mobile-native apps testing. Utilities for mapping requirements to tests, author automation scripts and gaining test coverage insights are all ready to use.

The integration between functional testing tools with the developer ecosystem like CI/CD and build tools, test management and defect tracking solutions, cloud infrastructure providers and container solutions are key.

Open-source functional testing tools provide more freedom to customize what and how you’d want to work other solutions. For example, your team wants to code the functionality to log and link automated tests to Jira issues. In contrast, commercial functional testing tools and software quality platforms remove the need to build such features, but teams won’t be able to access the vendor’s codebase and add code changes.

3. Regular cadence of improvements and updates

Back in 2017, Selenium IDE Firefox extension stopped working due to the Firefox 55.0 release. Or just recently, Internet Explorer (IE) has gone end-of-life. Browsers, platforms or any piece of software are always continuously improving.

In the event, your functional testing tool would also need to be fixed. Using open-source solutions often equates to relying on the community themselves to make these updates.

To give a non-biased list of tools for automated functional testing, a mix of open-source libraries and vendor solutions are listed below. 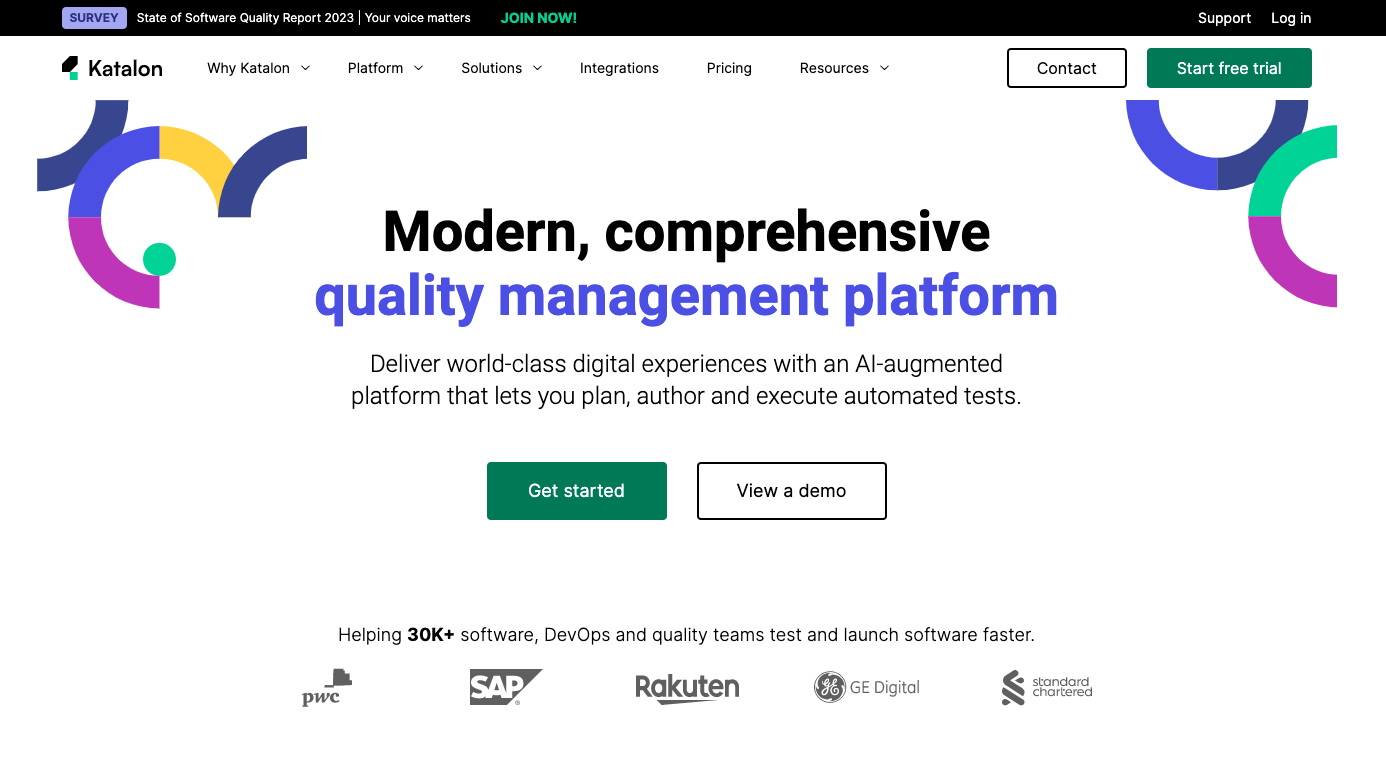 Planning, authoring, executing and analyzing automated tests are the testing essentials Katalon offers. A few of its technical strengths are:

Selenium is a suite of libraries and extensions that can be used to build a framework to automate the testing of web applications.

Actions that users take on web apps like button-clicking, scrolling and inputting username and passwords are replicated and automated by Selenium interacting with the browser drivers. 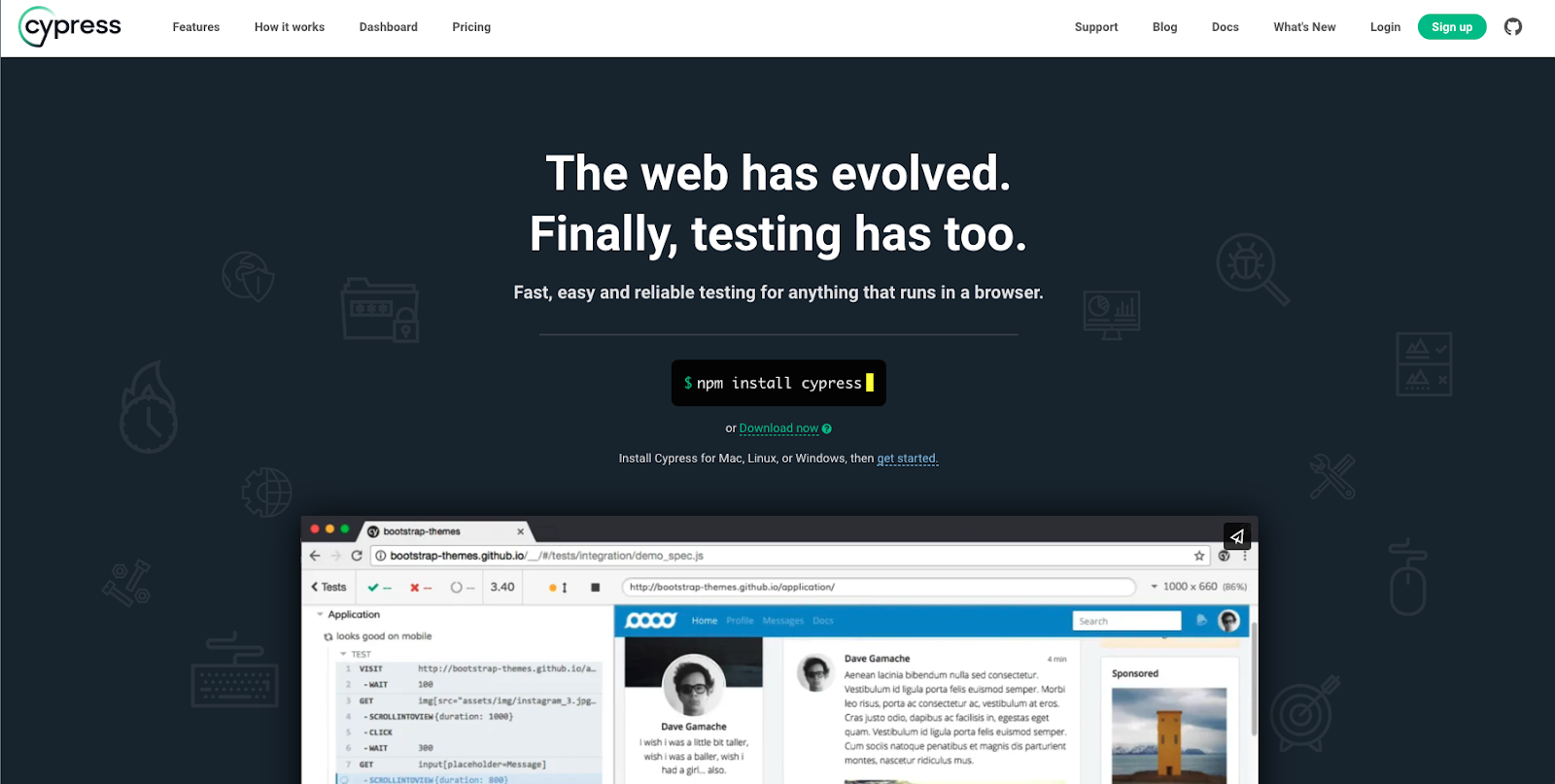 Cypress is not new to front-end developers using TDD/BDD for JavaScript-based frameworks. With Mocha as its underlying framework, Cypress looks primarily at solving waits and time issues present in Selenium WebDriver. 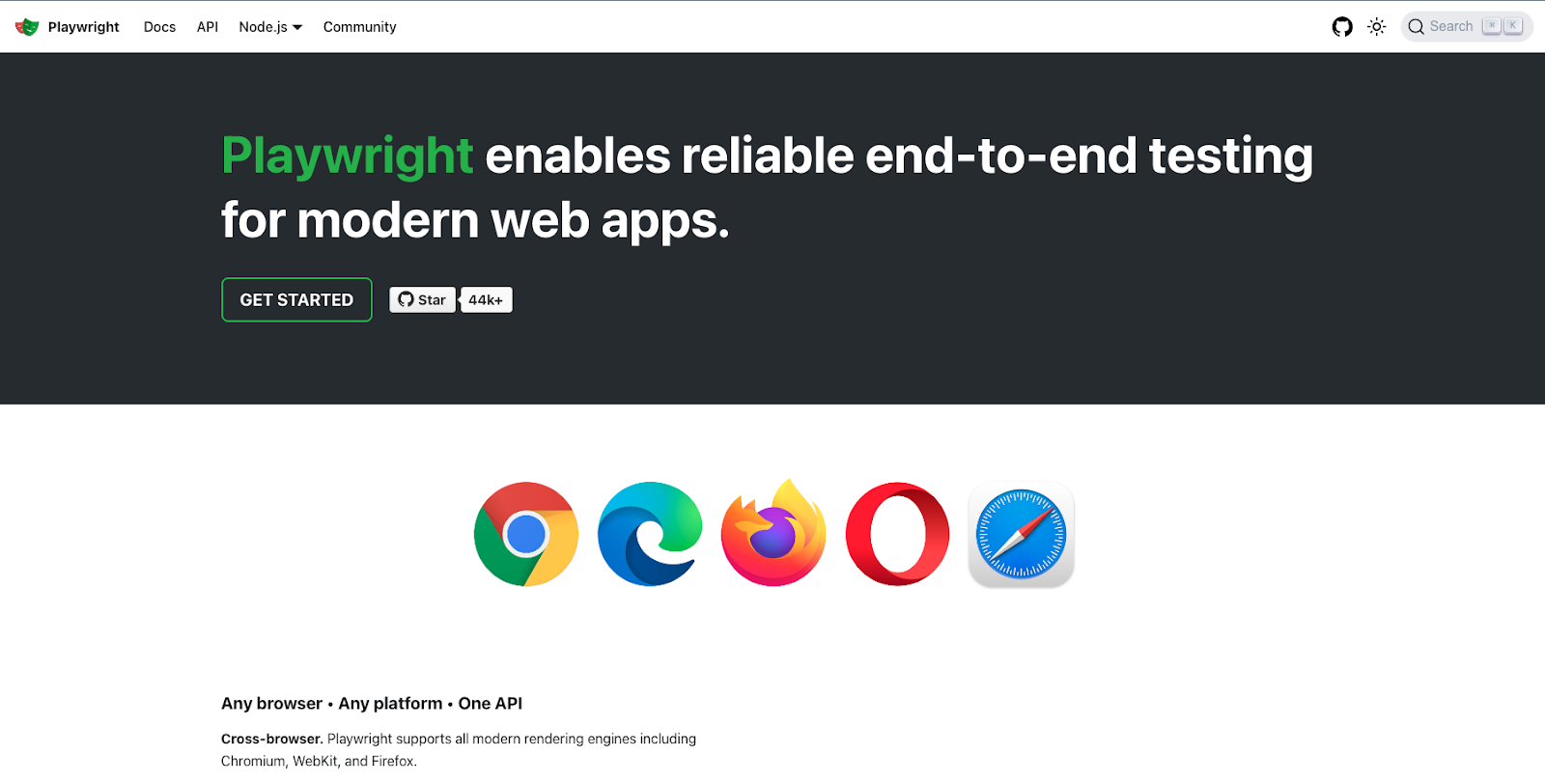 Appium is a Node.js library that can be used to build testing frameworks to automate native, web and hybrid mobile testing. It uses the Selenium WebDriver and JSON protocols to communicate with iOS and Android applications.

Many language bindings already exist for it. This makes getting started with using Appium much easier since you do not have to write all of the code from scratch. Appium also has excellent built-in capabilities for handling gestures and touches so that you can automate all types of user interactions with your app. 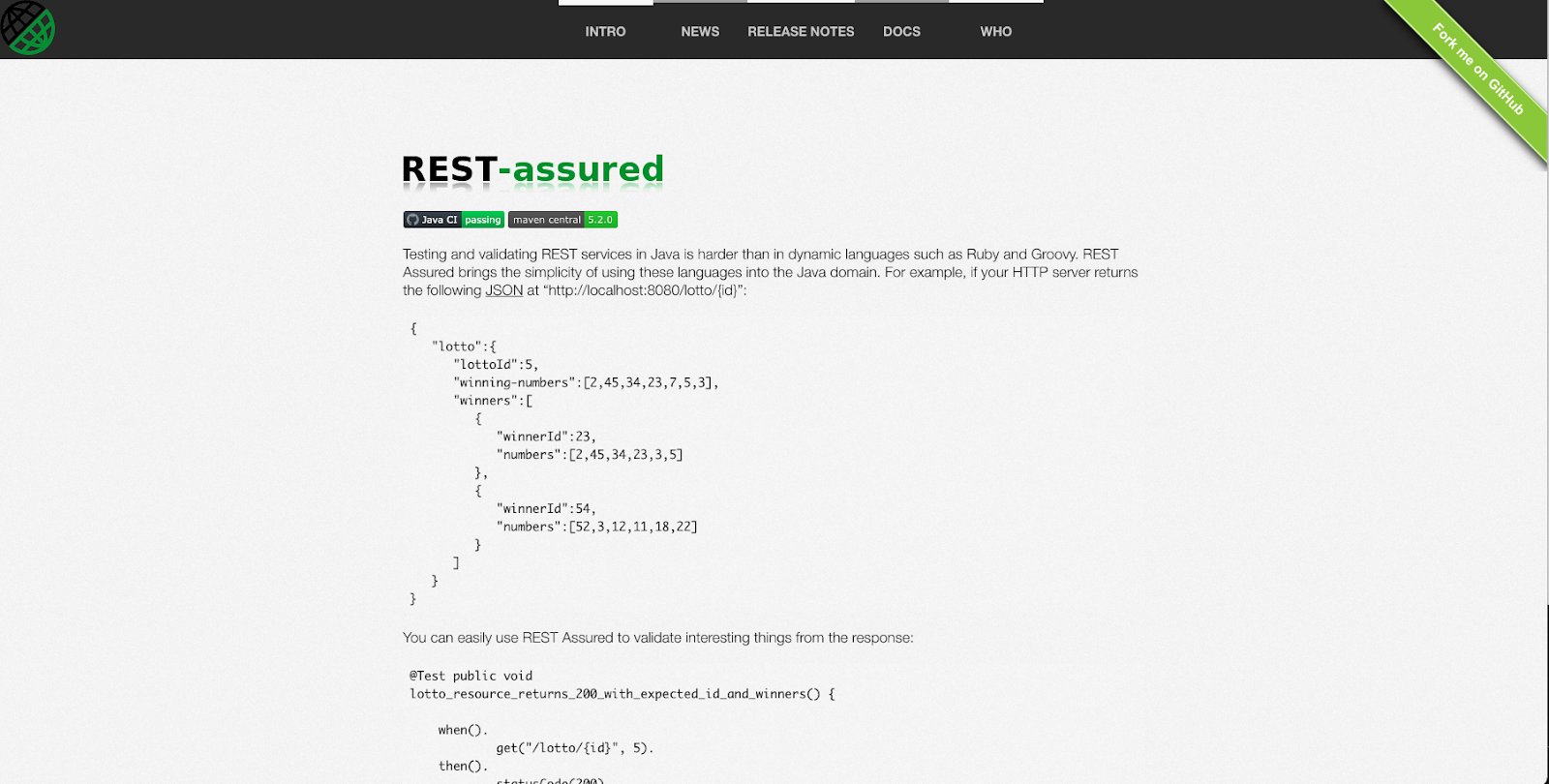 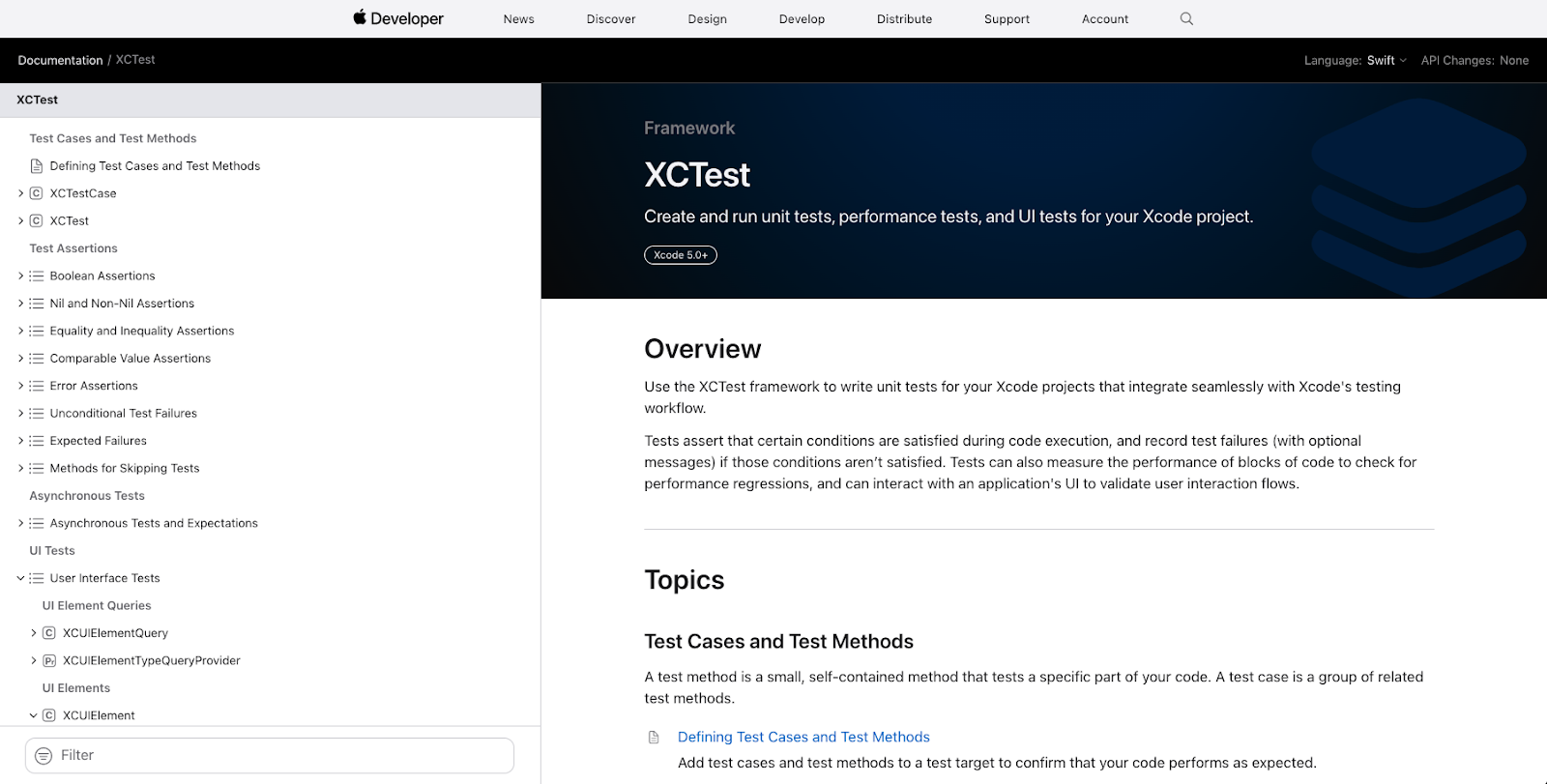 XCUITest was built targeting iOS developers. As a sub-framework from the XCTest framework, users can validate mobile UI behaviors through test classes, methods and test targets. 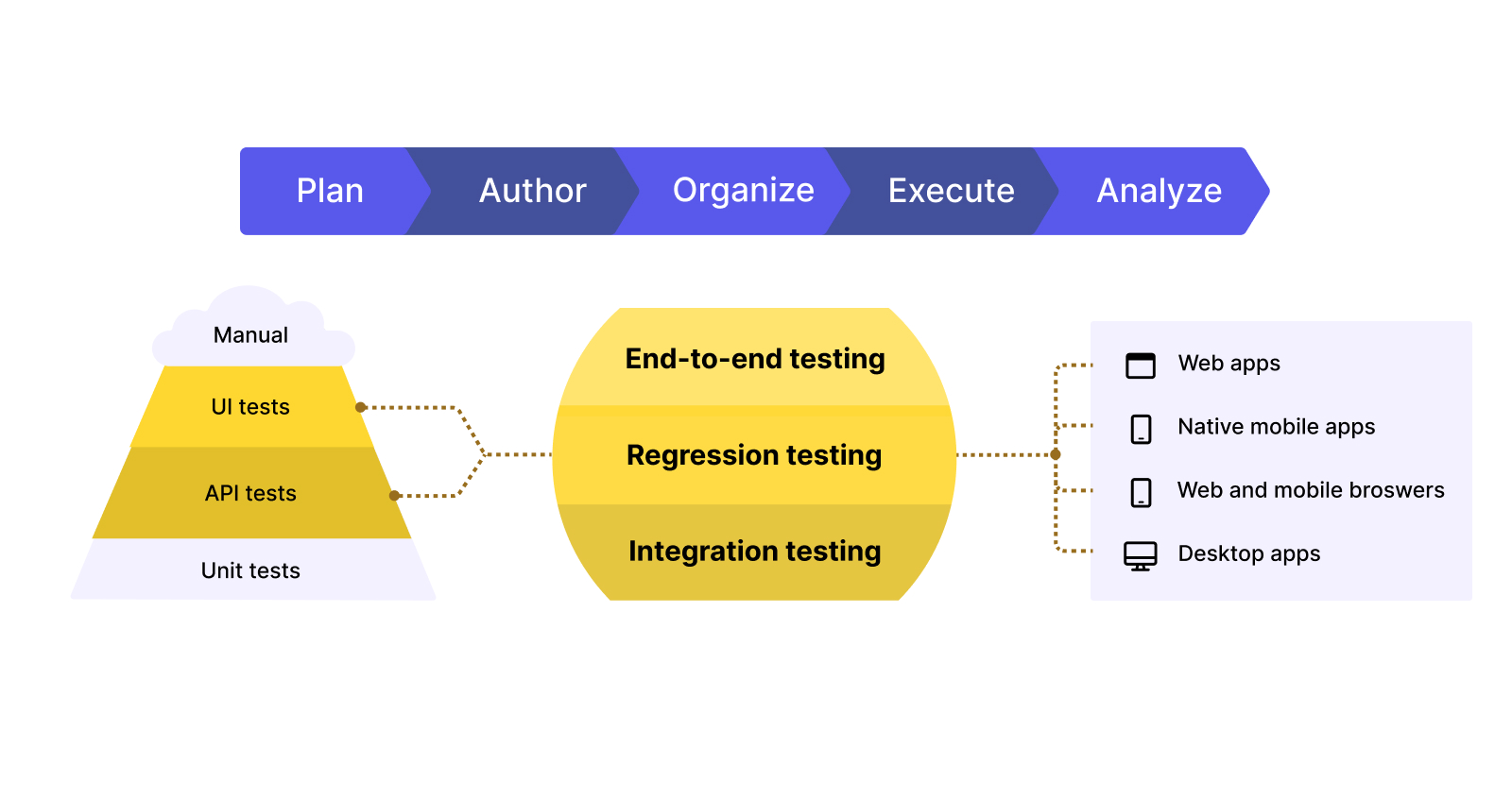 Katalon is best when teams don’t want to go through the trouble of building their own testing framework. To enable testing professionals to test UI and API in one place, Katalon is the complete solution for web, mobile and desktop software quality management.

Without having to go from tool to tool for different testing types and purposes, you get a full-fledged testing workspace to automate testing for digital products.

Can you imagine doing all of these without having to use four different tools? That’s the Katalon Platform. No additional installations or configurations are needed to get from test steps to software quality insights.

All our favorite frameworks – built-in

Those hours you’d have to spend on building your own automation engine can be used for the testing itself. As a hybrid testing framework, go all out with:

Where code changes aren’t the end of the world

The pain kicks in when code changes mean going into each test case and updating everything one-by-one. Following the page object design model, Katalon ends the maintenance nightmare by storing locators across tests in an object repository. When your UI changes, clicks are all it takes to get your automation scripts up and running again.

When automated tests fail, the root cause varies. To reduce the time you’d have to go through each line of the test log, Katalon finds the top 10 exceptions faced and filters similar failures between your tests.

Coverage minus the costs

A Complete Guide to Choose Test Cases for Automation

What is Web Testing? Types of Web Application Testing
The Selenium alternative
that makes a difference.
Get Started View Demo
Click
×
Contact Us
Want to see a custom demo or get help finding the right plan?
We'd love to chat. Please fill out the form and we'll be in touch soon.