All
All
News
Products
Insights
DevOps and CI/CD

Free open-source frameworks, libraries, and tools are the go-to solutions for automation testing.

The main difference between these is knowing your preference between building a brand new test automation framework using libraries or working with a made-ready tool where testing is all you will have to care about.

This article gives you a quick glance at the Top 10 Free and Open Source Testing Tools, Framework and Libraries. 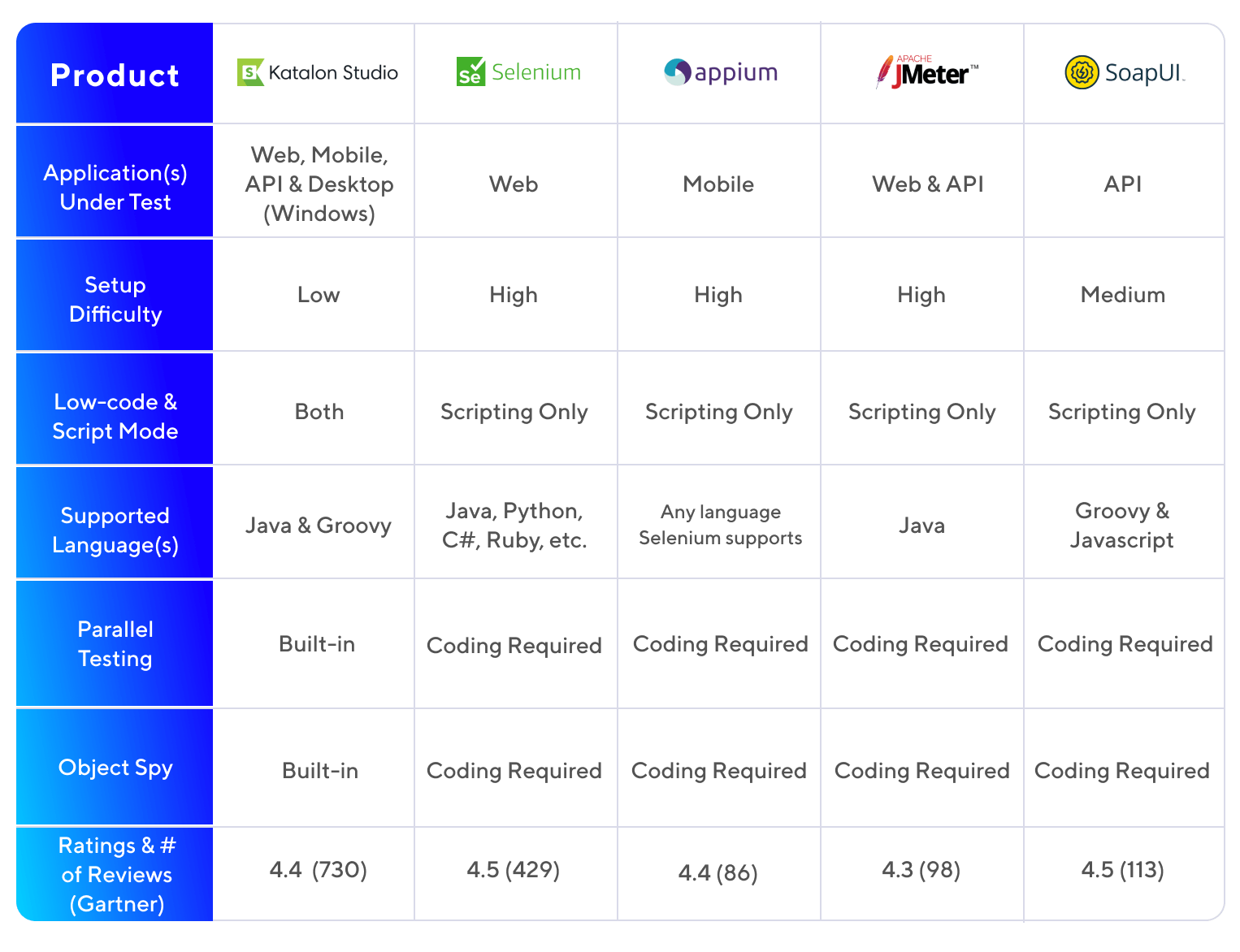 With everything built-in, users can focus directly on testing activities and spend less effort on creating, running and maintaining tests.

Selenium is probably the first name that pops up on the subject of web-based and open-source test automation. To be more exact, Selenium wouldn’t be considered as a tool, but an open-source library.

With the field-famous trifecta of Selenium WebDriver, Selenium IDE, Selenium Grid and the recent release of Selenium 4, this is sure to be the top choice for coding enthusiasts.

Sharing a similar suffix as Selenium’s, Appium is likewise the open-source framework to remember for mobile automated testing. From native, mobile web to hybrid applications, Appium is a highly sought-after option to eliminate the need for recompiling applications and automating APIs.

Apache JMeter, or JMeter in short, is an automation tool for performance (load and stress testing) and functional testing. JMeter’s primary uses are to measure the performance of applications and act as virtual users to send requests to the designated server.

Watir, or Web Application Testing in Ruby, provides you with open-source libraries in Ruby for cross-browser or web test automation. Watir uses Selenium under the hood, so it's able to utilize Selenium's common API.

Java plus unit testing give us JUnit. Ranking 7th in Java Top 10 Libraries, this free open-source testing framework is a favorite among Java developers to edit and refactor code at the unit level. What’s more, the release of JUnit 5 has brought useful updates like better organizing tests in hierarchies, simultaneous use of multiple runners at once and more.

Often referred to as the “Selenium for Android,” Robotium is a popular open-source framework for Android applications black-box testing, both native and hybrid.

Our last open-source test automation framework is Citrus. Citrus would definitely ring a bell for developers working with integration testing and verifying messaging transport connectivity. As well as that, connecting JUnit or TestNG to use in complementary is common to script Java-based unit tests.

In case you’ve been thinking about which is the best tool to choose – don’t.

With the cost out of the picture, it’s not a good idea to say what is best without giving the context.

A Comparison of Automated Testing Tools

Top 15 List of Automation Testing Tools | Latest Update in 2022
The Selenium alternative
that makes a difference.
Get Started View Demo
Click
Talk to Sales
Our team of experts are excited to discuss how we could work together.
Please fill out the form and we'll be in touch soon.
Full name*
Business email*
What is the number of testers in your team?*
Tell us more about your projects and challenges*
Submit
Looking to join Katalon’s reseller network? Click here!