What is autonomous testing?

Autonomous testing is an emerging testing practice in which tests are completely created, driven, and managed by AI/ML, eliminating the need for human intervention.

Essentially, autonomous testing is a higher level of automation for automation testing. This is a recent shift in the testing industry as AI technologies evolve to be more advanced, opening a promising era of human-machine integration testing.

With autonomous testing, the system can function as an independent entity, taking full control over the process of end-to-end testing thanks to intelligent algorithms. The autonomous testing tool can locate and inject the necessary data, analyze it before performing all of the testing activities from Test Management, Test Orchestration to Test Evaluation and Reporting.

This tool is also ever-improving, continuously learning from historical test data to evolve its model along with the organization’s specific needs. Even better, it can perform integrated testing to see how the different areas of a codebase fit together as a unified application .

Currently, autonomous testing is still in its infancy.

At level 2 of the Autonomous Software Testing Model (ASTM): Partial Test Automation, the human can decide the testing option, then the tool carries out the testing. Even the leading brands who have implemented AI features to their automated software testing processes still require a certain level of human intervention.

Autonomous testing can eliminate the bottlenecks of automated testing and manual testing. However, to reach complete Autonomy, we need considerably more research and development.

There are several challenges on the path to Autonomous Testing:

No matter what, autonomous testing is critical for a company’s digital transformation, and it will soon become more and more viable when Machine Learning technology grows to be more sophisticated.

How do you measure the success of autonomous testing?

Autonomous testing is a futuristic ideal and significant investment is required to turn it into a viable practice. Therefore, there isn’t enough data available for QA teams to create success metrics for autonomous testing.

Instead, here are 4 widely adopted metrics that testers have been using to measure the success of Automated Testing. These can totally be tweaked or redefined to align more with an Autonomous Testing system.

Defect Count is the number of defects discovered during the test execution phase.

Defect Count is a straightforward metric that shows you how many defects currently exist in the software. We can monitor the Defect Count over a period to see how many defects we have resolved. However, Defect Count does not indicate the severity of defects, so we need to include other metrics for a more holistic understanding.

In other words, this metric allows us to understand if our autonomous testing initiatives are working as expected. However, similar to the former metric, it only indicates how many tests we have conducted and not how accurate those tests are. We should combine this metric with others to create a comprehensive view.

Useful vs. Irrelevant Result compares useful results from autonomous testing with irrelevant results. A Useful Result is either a test pass or a test failure, and a test failure must be caused by a defect, while Irrelevant Results are results failed due to problems with the environment, data-related issues, changes in the business logic, UI, or other application changes.

Irrelevant results are those that decrease the automation efficiency. The fewer of them, the better. Using this metric, we can devise a plan to better improve the Autonomous Testing model. A common acceptable threshold is 20%. However, as mentioned, this metric does not say anything about code quality, so it should not be used as an indicator of test accuracy.

This is widely regarded as the most accurate indicator of code quality. The less percentage of broken builds, the higher their quality, and vice versa.

Cons: Focusing too much on this metric may cause a reluctance in the engineers to commit to the main branch. Instead, they may try to go against automated testing Agile principles by committing their code at a much later date, causing a large number of defects to manifest at the end of the development cycle.

In short, Autonomous Testing is an ambitious and futuristic endeavor that is guaranteed to disrupt the testing landscape. Yet, the transition can be messy with emerging terminologies, concepts, and discussions, and the adoption of Autonomous Testing can bring a lot of new challenges for us to overcome along with its benefits.

The Katalon Platform has been a part of this transformational journey. Having integrated AI-powered features into our testing platform, we empower teams to deliver intelligent, scalable tests. Katalon’s algorithm calculates test flakiness, performs self-healing to reduce test failures, while also identifying critical UI changes for true E2E testing, all in 1 single platform.

With that traction, Katalon strives to reach an autonomous future where teams can build and deploy at unprecedented efficiency. 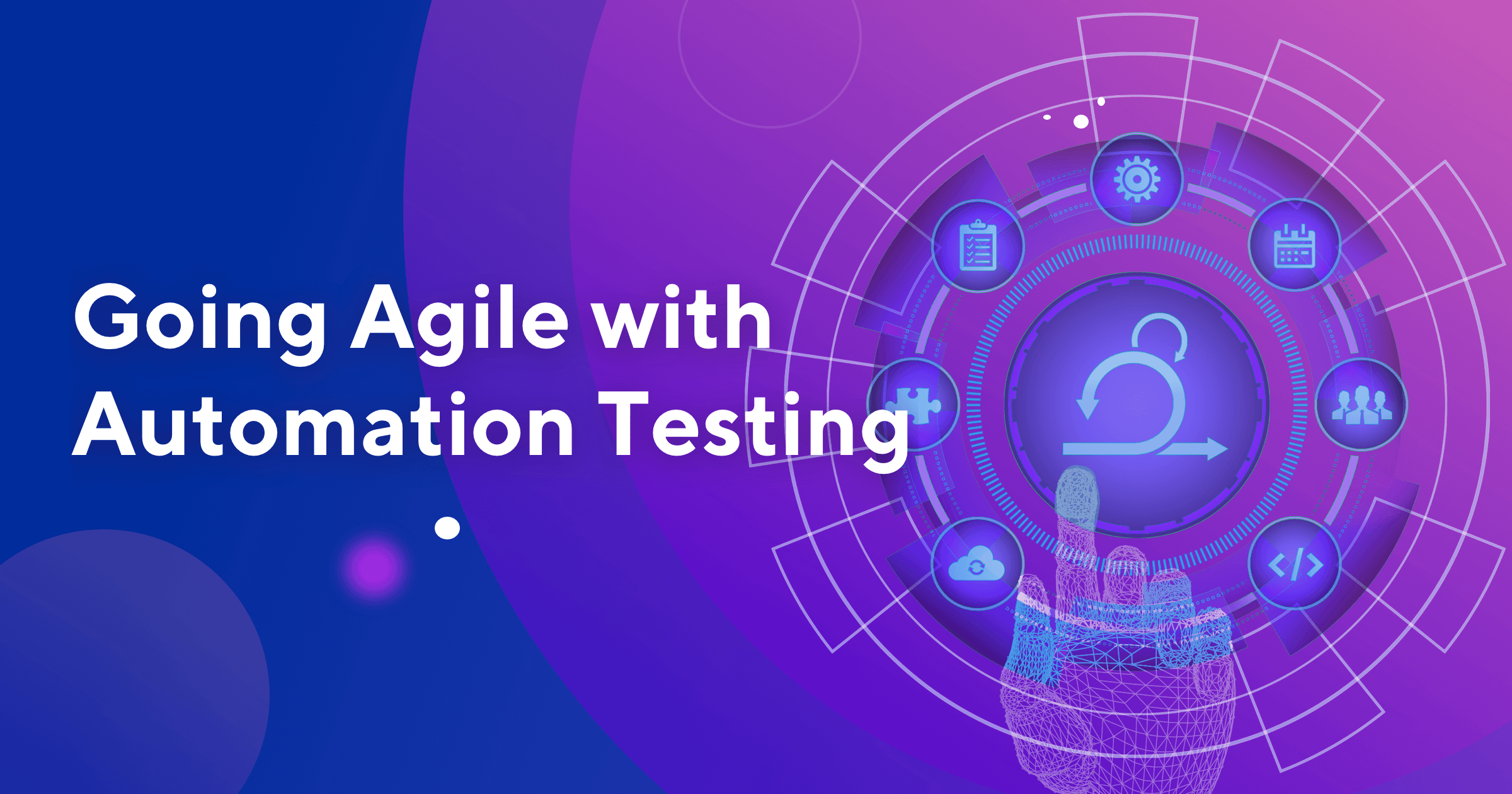 Automation Testing for Agile teams | How to Make it Right 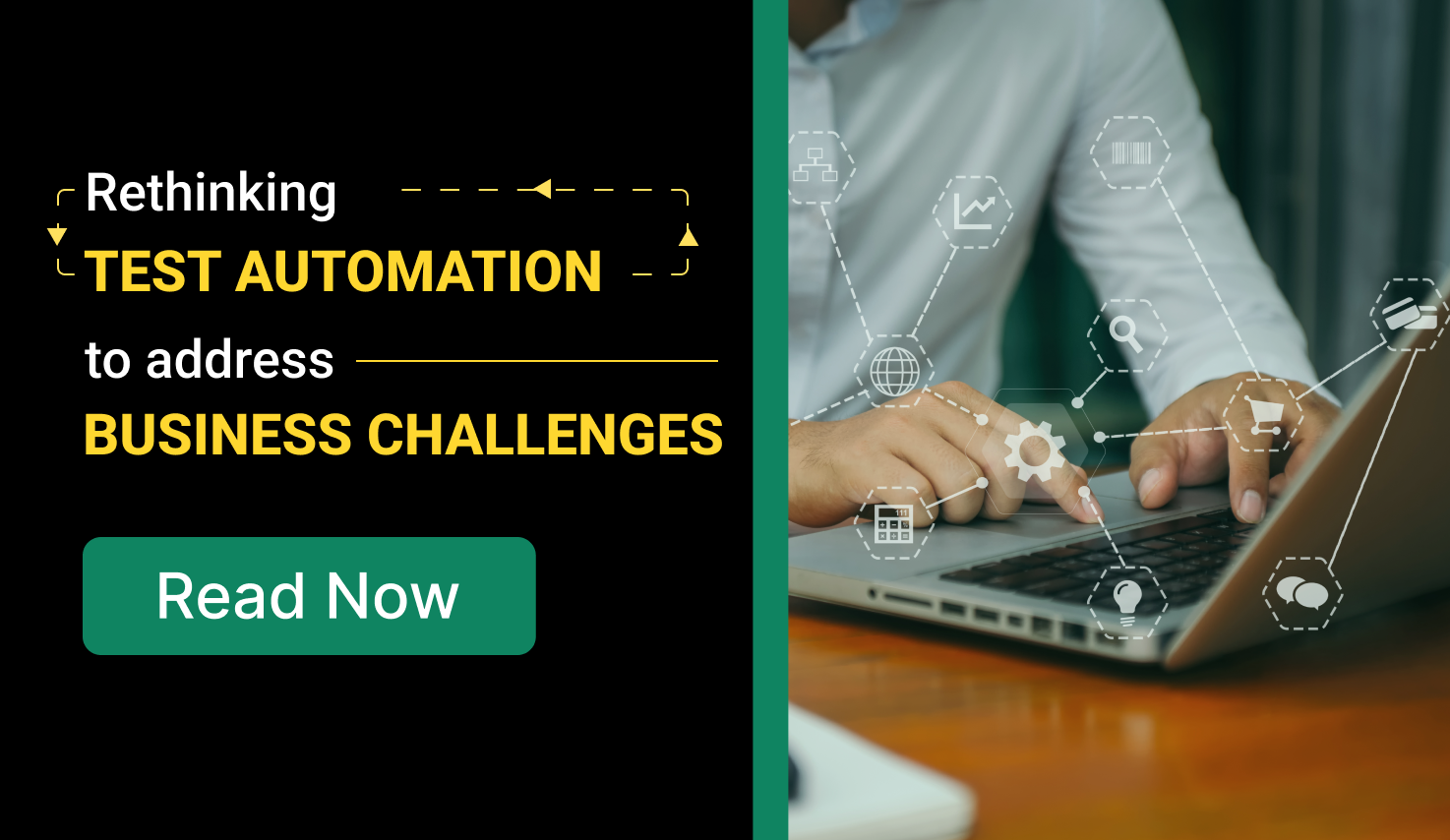 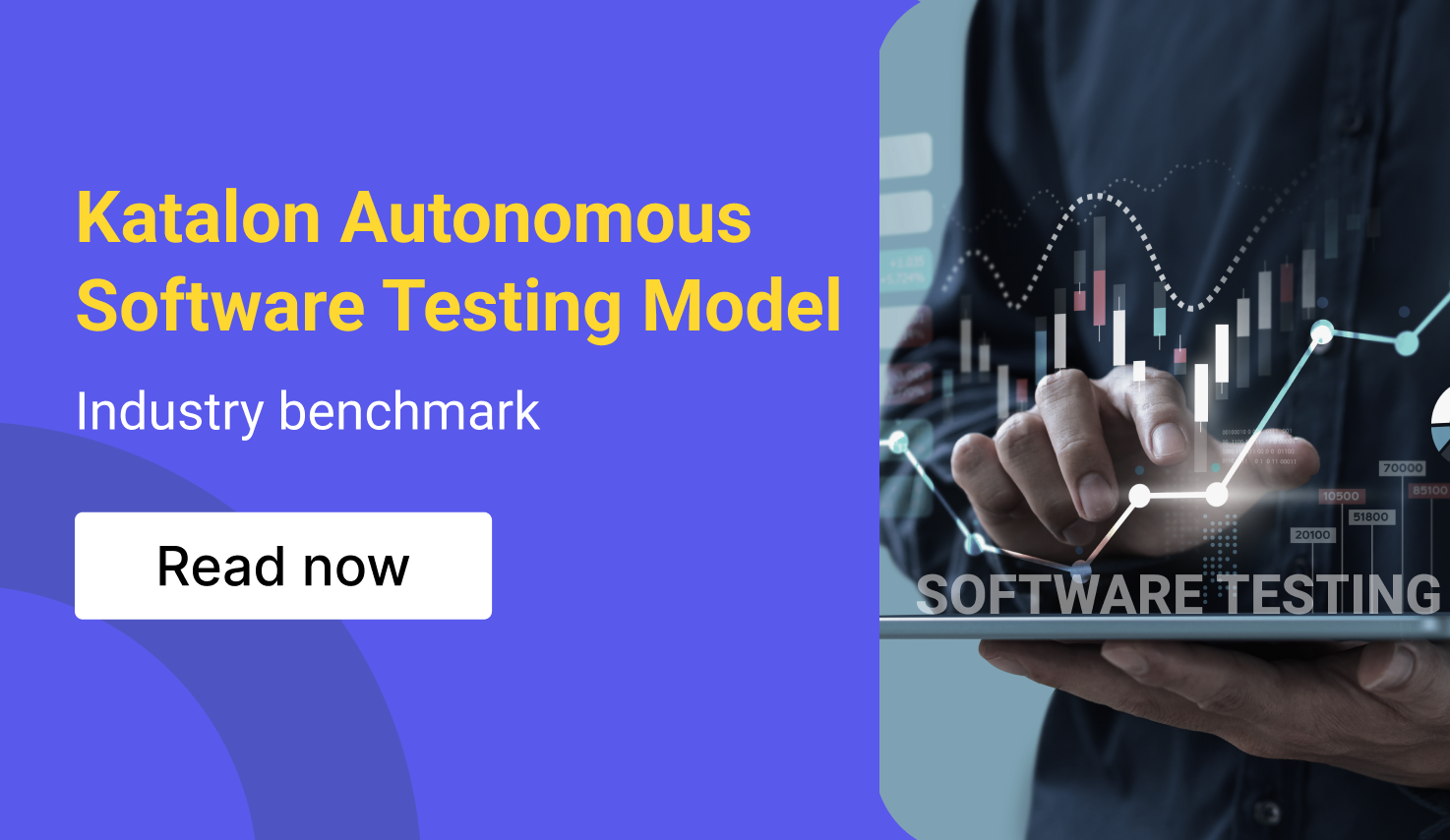 Toward an Autonomous Software Testing Benchmark
Click
×
Contact Us
Want to see a custom demo or get help finding the right plan?
We'd love to chat. Please fill out the form and we'll be in touch soon.