Today's smartphones are far more than a device used for calling or texting. With several apps installed, they can become your virtual personal assistant.

In a mobile-centric digital world, delivering an immersive mobile experience with consistent quality is a real challenge, where QA strategy plays a critical role.

Carefully planning out what should be executed is the first important step to delivering fully-functional applications, gaining high retention rates and achieving business goals.

From choosing between testing devices to going agile, read on to find out what’s behind the scene of a solid app testing strategy.

What is mobile application testing?

Mobile application testing refers to the verification of an app’s functionality, usability, and performance to ensure it works properly once in the hands of end users.

In the digital transformation era, mobile apps not only bring customers extensive utilities but also open up opportunities for organizations to leverage their business prospects.

According to Globe Newswire, the global mobile application market is expected to expand at a CAGR of 13.4% and reach USD 565.40 billion by 2030. Developing a flawless mobile experience enables companies to satisfy customers, increase engagement, and take advantage of the potential market landscape.

On the way to becoming digital-ready, mobile app testing is a crucial component that can't be ignored. Imagine a health tracking app with inaccurate metrics display or a fintech app failing to protect users' data. The impact of such malfunctions will be felt on both individual and enterprise levels.

Therefore, building a robust mobile testing strategy is of paramount importance, especially when mobile apps are becoming more ubiquitous than ever.

Virtual testing device is software run on computers to mimic the features and behaviors of a particular smartphone. This gives QA engineers an idea of how a program will perform on a designated device, even without its physical appearance.

Two main types of virtual devices are emulators and simulators. While an emulator imitates both the hardware and software of the target device, a simulator only replicates software by mimicking its various configurations in the real environment.

Emulators are applied to model real-life conditions, testing how software and hardware interact. Simulators enable you to check how software behaves with external environments and applications.

On the other hand, real devices are the actual consumer handsets on which your software is run in production.

Implementing tests in multiple devices allows you to check an app’s functionality across different models in real-world settings. However, considering the sheer number of mobile devices on the market, it would be infeasible to test mobile applications in every device and OS version.

This table provides a closer look at each method’s pros and cons.

The chosen approach is not necessarily restricted to either virtual or real devices. A combination of 2 environments can deliver the best of both worlds: the ability to test under real-use scenarios while still keeping it cost-saving and scalable.

Identifying which devices to test on also contributes to an efficient mobile apps strategy. The best practice is to collect data on target users' behaviors, mobile device brands, models, and operating systems and figure out the most-used devices. This way, you can focus your effort and resources on the right test devices.

Another aspect that requires clear understanding is the differences between types of mobile apps. Regarding the technology the code is based on, mobile applications are categorized into three types:

Native applications are built specifically for one platform or operating system, may it be iOS, Android, or Windows. It means that a native app developed for iOS can’t be accessed or function efficiently on Android devices. While this clear focus helps optimize the app performance, teams have to double the work for each different platform.

Hybrid apps are developed upon the source code of web technologies (HTML, CSS, and JavaScript) hidden under the appearance of native apps. In other words, they are web apps at the core but have the interface and user experience of native ones.

Written in a single codebase, hybrid apps enable a streamlined and more agile development life cycle. However, it might compromise the app’s capabilities and end-user experience.

These are basically websites that are adapted to be more friendly for mobile view and usage. This approach guarantees a web browser functions as properly on desktops as it does on mobile devices, tablets, or TVs.

Responsive web apps grant users cross-platform accessibility but cannot work without internet connection or be downloaded through an app store.

The booming of smartphones offers a wide range of models that meet any kind of customer demand at any price point. However, it puts huge pressure on the backend teams to deliver application quality across devices. Below are the major challenges that need to be factored in and addressed when planning your mobile testing strategy.

Considering myriads of variants, testing would require much more than a single, standard framework to ensure the app’s compatibility on most devices. Creating a physical hub of popular handsets is one way to overcome this hurdle, but such infrastructure calls for extensive investment and limited scalability.

This is where a testing solution such as Katalon can be of great help. As automated tests can be executed on any available browser, version, or OS, teams can achieve more device coverage and testing efficiency.

Either way, it’s always important to run tests on multiple environments. Limiting the number of testing devices means diminishing your user base and curbing the company's potential growth.

Besides the daunting number of devices available, challenges also arise from new technologies introduced during the application life cycle. When iPhone 14 launches with its “dynamic island”, app developers must modify their apps to ensure seamless interaction with the new interface.

Updating an app and testing new configurations accordingly is an ongoing practice rather than a set-and-done task.

Strong encryption and extensive testing are essential to protect apps from security issues.

Too many app testing tools

One can be spoiled for choice when it comes to the tool selection process. While there are tools for various testing needs, subscribing to single-point solutions can make the system fragmented, leaving holes for data risks and poor performance.

In this case, Katalon - a thorough quality management platform, can be the solution to your mobile testing. With cross-environment execution, optimal cross-functional testing, and other capabilities, Katalon helps app providers to streamline mobile testing and deliver high-quality products.

The above problems can be tackled with a well-thought mobile application testing strategy, which should include the following items:

Customers expect apps to function uniformly regardless of the OS version they are on. While iOs and Android are the two dominant mobile OSs on the market, their differences in programming languages ask teams to adapt the testing approach to deliver cross-platform compatible apps.

Did you know that 53% of mobile app users uninstall an app with severe issues like crashes, freezes, or errors? Functional testing ensures every app feature works properly, leaving little to no room for broken functionalities to achieve higher retention rates.

Functional testing is applied to test UI elements, screen adaptation, core structures, and functions of the app. It also tests the installation and update processes, localization settings, compatibility, and accessibility of the application.

An application's success boils down to its user experience - how the end users perceive and interact with the product. Usability testing checks if the app is simple to navigate and user-friendly. The final goal is to bring a smooth and intuitive mobile experience.

Security risks can be detrimental to both app users and companies as they lose their customer trust.

To minimize this risk, it’s better to prevent it from happening in the first place than resolve it only after security has been breached. And the only way to do this is through testing.

The more personal information circulates in the digital space, the more they are prone to security threats. Mobile app developers need to define an effective and robust security testing strategy to protect the data from malicious acts.

The expectation of how an app should function and perform varies among different regions, countries, ages, and cultures. Making an app universal requires localization and extensive testing to deliver the best experience to different groups of customers.

One of the main philosophies of agile development is to test early and fail fast. In contrast with the traditional waterfall approach, testing in agile is shifted left and performed in parallel with the development process.

If a bug goes unnoticed during development, the following domino effect of failures can raise the fixing cost exponentially. Testing done early is to prevent any minor bug from spiraling into a critical error, keep the expense within the budget and deliver apps promptly according to the timeline.

Establish an alignment between the dev and testing team

Facilitating such a flexible approach needs well-oiled communication and collaboration among members.

It's hard to avoid silos or miscommunication when information is fragmented and not updated in real-time. Without streamlined communication, the entire project is at risk of failure.

Having everyone on the same page is critical and should be prioritized before anything else in your strategy.

Coming right after the human resource is the preparation of the mobile testing environment.

May it be emulators/simulators or physical devices, the selected solution should meet specific requirements, such as an easy learning curve, suitable testing features, or native integrations.

Examining these criteria when selecting a testing tool helps guarantee an efficient and stable testing process.

It is about exploring various features of a particular application without having a test plan or a feature request. Exploratory testing is typically performed by skilled testers who can pinpoint defects outside the scope of the planned test using their previous experience.

Exploratory testing helps your strategy to be more comprehensive and focused for higher test coverage.

During the life cycle of a mobile app, many functionalities will be added later on, which may cause new bugs. Identifying such bugs can be done automatically to reduce the repetitive manual efforts while increasing the depth and scope of testing.

A high level of automation is essential to detect regression bugs and allow teams to ship quality applications.

An effective mobile app testing strategy should go hand in hand with test automation frameworks/tools that are powerful and easy to scale.

Considering the vast number of tools available in the market, one can get lost when looking for the right one. Here we list the top 10 automated mobile app testing tools to help you choose your best fit. 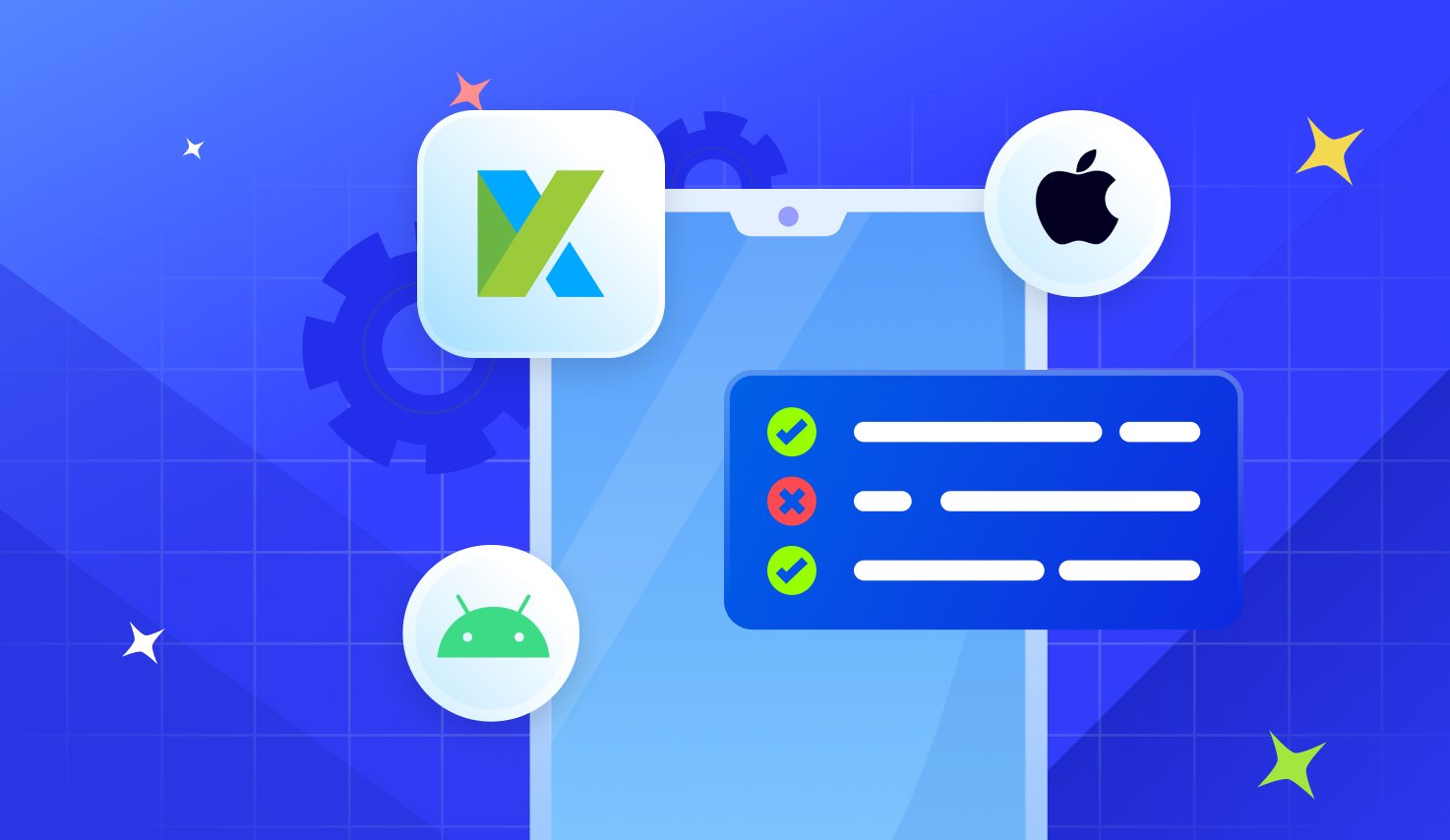 Mobile Testing Guide: How to test Android and iOS apps 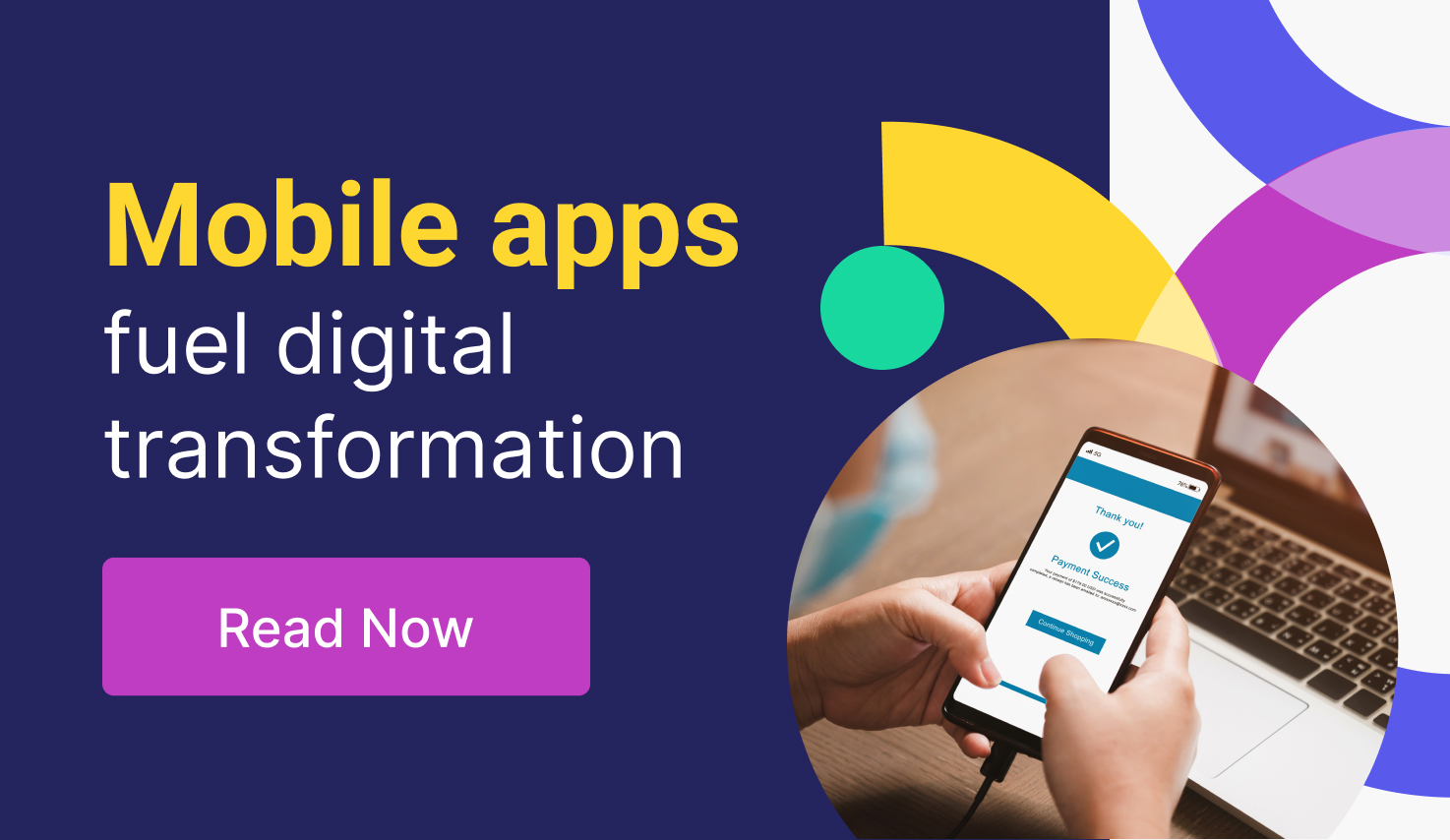 How mobile apps fuel the digital transformation of businesses 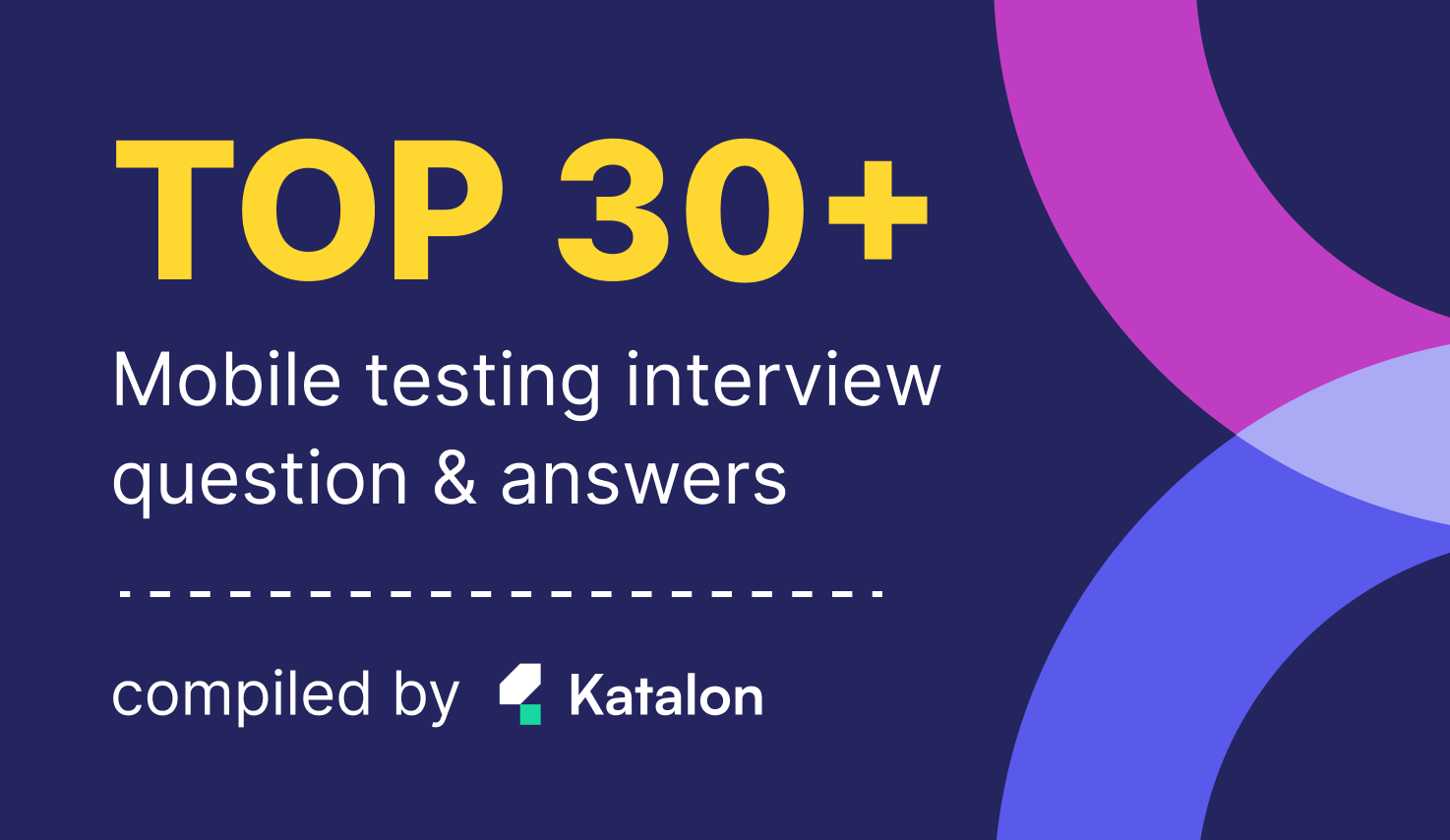 Top 30 mobile testing interview questions and answers | Updated 2023
Click
×
Contact Us
Want to see a custom demo or get help finding the right plan?
We'd love to chat. Please fill out the form and we'll be in touch soon.