Automated vs. Manual Testing: When and Why?

Testing is the backbone of the Agile software development methodology. The efficiency of the testing process directly impacts the quality of the deliverables and the goodwill of the organization. Buggy software can lead to poor user experience, delayed project timelines, diminished brand value, and revenue losses.

A strong testing process consists of several well-planned activities with definite timelines and a set of clear expected outcomes. The execution plan in the testing process, either manual or automated, has always received greater significance and seems to drive the entire process definition. Having a well-defined testing process helps in the following ways, directly and indirectly:

Once a test process is in place, it is easier and simpler to automate the execution of the tests and reduce the manual interventions in the test cycle. However, it is impractical to assume that the manual test effort can be completely reduced to zero, and neither is it advisable. It needs to be repurposed correctly.

Test execution takes the maximum amount of time in the entire test process. To ensure maximum and complete coverage, test execution is done iteratively and repetitively. It is planned and performed multiple times with the same and different data sets under different categories of testing, such as functional, non-functional, regression, and environmental. Repeating the test execution several times gives delivery teams complete confidence about the quality of the deliverable. Moreover, it is less expensive to identify a bug during testing and address it, rather than let users discover it during their operations.

The key to reducing test execution time is to automate the activity of test execution. It is important to understand that the basic difference between automated testing and manual testing is in the way the test cases are executed. Irrespective of execution style, the steps of test planning, test scenario identification, data strategy definition, and expected outcome identification need to be performed beforehand.

The automation of testing includes the following aspects of the test process:

In the case of automated testing, there is an additional step of preparing the scripts for test cases using a tool or programming language.

Whenever automated and manual testing are compared, the following factors are considered; however, automated testing is better on all of these fronts:

The automation of testing is useful in modern-day delivery, both, for quality and velocity. However, it does not come for free. During the preparation phase, test teams need to write or record test scripts along with data creation, results verification, and data tear-down steps. Automated testing is worth the effort in order to save the time and cost in most of the cases, such as those listed below:

While test automation is very important for a project, manual testing holds its place in the entire mix. 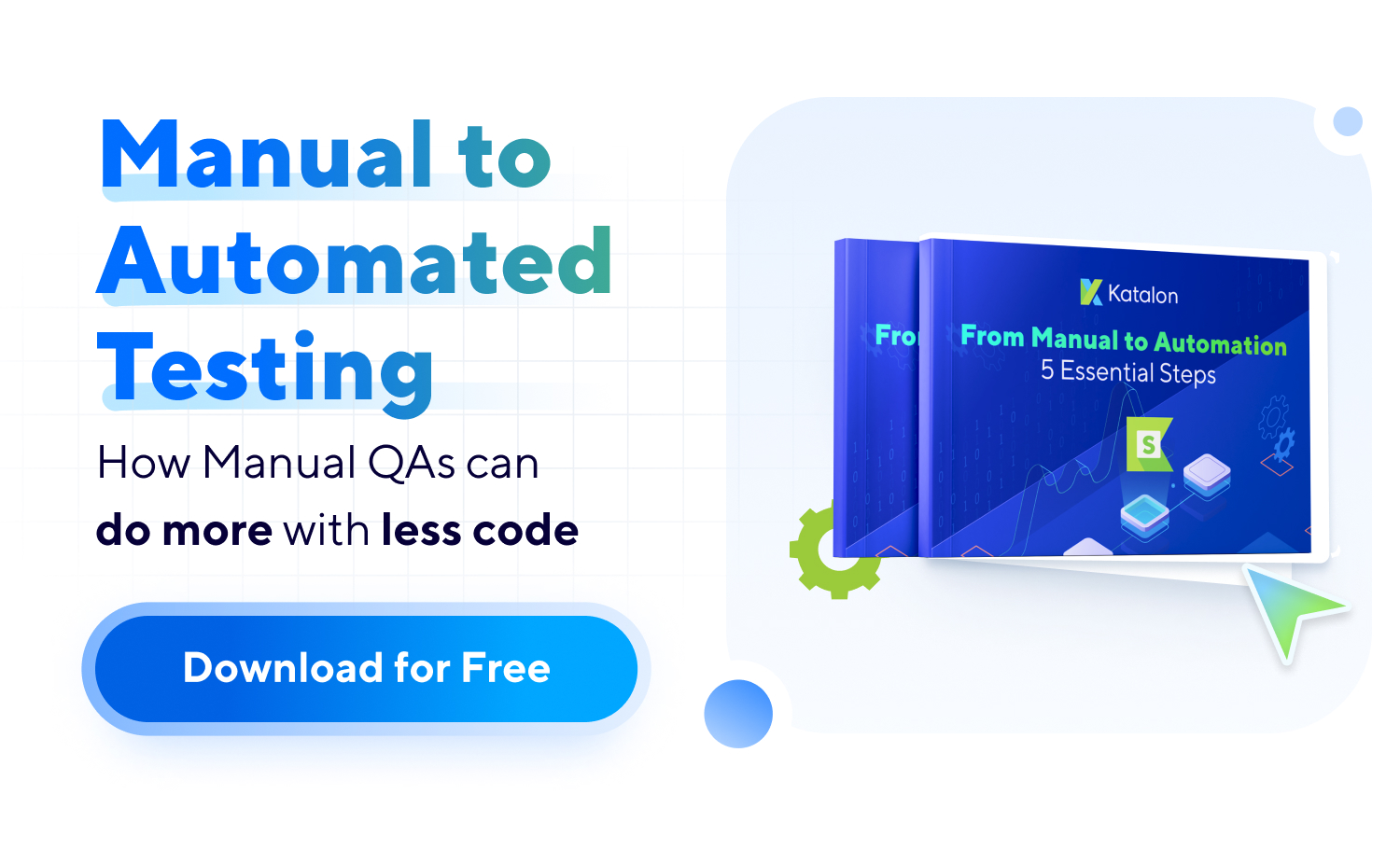 For testing software, neither automation nor manual approaches are going to work individually. The best approach is to prepare a mix of both. Delivery teams should automate as many test cases as possible and use manual testing as a way to randomly check the most critical scenarios. While the initial setup of an automated test suite involves a lot of initial effort, it benefits the entire delivery process in the long run. Automation helps to save time and budget and manual testing helps to give an intermittent push to the quality assurance. Manual testing lays the process down that can be automated subsequently. Both of the testing approaches are complementary to each other.