Katalon executives and researchers gathered recently to discuss the major trends reshaping the software testing industry. From the transformation of the role of software testers to the greater deployment of AI in testing, Katalon staff discussed the expectations of business leadership, software engineers, consumers, and testers. Here are some of the sweeping themes Katalon sees emerging in the new year.

1. AI-Enabled Testing Will Get Smarter

AI-enabled software quality management platforms will continue to become easier to use in 2023. They will have greater efficacy, and relieve testers of many tedious and repetitive tasks. Testers will begin adopting AI-augmented tools for automated test generation. Other uses may include test coverage analysis and risk mitigation recommendations, defect root cause analysis and effort estimations, and test environment usage optimizations. AI-enabled products will also begin to facilitate synthetic data creation based on real-user patterns.

While software testing is a long way off from being truly autonomous, the sector can look forward in 2023 to tools that are increasingly capable of serving as test team assistants or consultants.

2. Shifting to the Left Will Accelerate

Many in the IT industry view the software engineering process as a chain of activities. The development stage has traditionally been a phase in which engineers develop apps. Manual testing forces testing and integration as a separate step in production, further to the right of the development chain.

Software engineering will see an accelerated shift left from the singular phase of testing and integration towards coding teams and programmers. Testing can happen during the development phase, closer to the action of programming because testing will be much more convenient and rapid than in the past.  Testers may also find themselves increasingly picking up development tools to speed up the overall software production process while developers will do more support testing that used to be done in silos.

Longer term, with testing trending towards a web-based, low-code context, the shift left may even see business analysts and product managers executing tests that reflect their concerns.

With mobile becoming the dominant platform for using apps, application resiliency will become a strong option for software testing in 2023. Resiliency in software is the ability of a product to quickly recover operation after a disruption, as though nothing had happened. Increasingly, testers will have to evaluate the resiliency of apps, especially on mobile devices. Mobile apps can behave in ways that are more disruptive to user behavior than desktop software ever was. The issue becomes of greater concern as the number of apps on mobile devices built for consumers (B2C) supersedes those for business (B2B).

While B2B users may have the support of vendors or IT departments, consumer apps must work the first and every time without issue across a range of operating systems and devices. Furthermore, B2C users do not have dedicated tech support departments to help them when apps malfunction. B2C apps must be able to rebound on their own after unexpected disruption to their service.

Testers will now have to increasingly consider and address situations such as:

AI-enabled test software, like the Katalon platform, will relieve testers of much monotony in test activity development. The relief will enable testers to provide greater value to a company's business value proposition by focusing more on domain-specific items the software is intended to capture or express. For instance, building a banking app may have many regulatory considerations within which it must comply.

AI-enabled test software is great at reducing the risk of error due to generic functionality issues. It may not be able to conform, however, to testing for specific and ever-changing regulations. This is particularly important within banking and finance and other highly regulated sectors. Testers will need to increasingly apply domain expertise for new, current and evolving compliance standards.

Hiring requirements for testers in high-risk sectors such as finance will need to prioritize business knowledge and experience over routine test functions that AI-enabled test software can handle with ease. Greater sector dependence on domain expertise during testing also implies that manual testing will remain an important component of test regimes. AI is not going to solve all testing problems; manual testing is here to stay.

Users of automated and AI-enabled software testing platforms will begin asking how they can derive more value out of the platforms beyond just speeding up testing. Testers may look to identify or baseline the performance trends. If functional tests are executing, but getting slower every time, that's likely  something testers need to be concerned about.

Other value-related questions that teams will have to grapple with may include testing the system’s accessibility support and managing testing that takes in account changes that will affect the software downstream. Further, concerns may arise on how an app looks visually across different screen resolutions and screen sizes.

Software testing can also add value by making sure that things aren't changing outside the anticipated impact areas. For instance, a user may still login appropriately, but the screen could show an old logo because someone on the development team incorrectly checked an old graphic. Value can also come through the report facility of software testing tools.

Checking on functions and features that are traditionally taken for granted, provide value. Reporting on the results of ancillary tests, however, provides further value as the reports show the new ways engineering and testing add value to the business.

6. Risk Assessment and Mitigation Will Grow in Importance

The universe of user expectations, functionality, devices, etc. is constantly expanding. Testers will increasingly have to think like business managers, weighing high-probability user scenarios against the likelihood of their software producing undesirable outcomes.

The discussion about what testing includes will continue to grow in 2023. It is no longer just about app functionality. Increasingly, questions will arise such as:

How is accessibility? The reality is that people cannot test on each and every combination of environments and functions. For example, teams cannot test every device that their software is going to run on or every browser emulation. However, testers can minimize operational risk.

An example is a development team that already knows several attributes of its app under development such as the browsers on which the app will operate, and where most of the app's users are located geographically. The team can make smart decisions based on this knowledge. If 90% of a team’s customers are using iOS in the United States, then it might be advisable to not to spend a great deal of time testing for all the Android phones.

7. Quality Indicators Will Be Consolidated to Provide Value

The plethora of software testing tools and platforms is producing more disparate data than test teams know what to do with. Opportunities abound in 2023 for dashboards that consolidate data and turn it into information that provides value to an entire enterprise. The diversity of functionality within testing software across the range of products would benefit from consolidating the data into a sort of a unified view of quality in an organization. 2023 could prove to be a hallmark year in which enterprises and startups see software testing morphing into a value-added service, instead of just a necessary expense.

2023 will be an exciting year for software testing that will benefit business leaders, software engineers, testers and consumers. The increase of AI software testing will enable software engineers and testers to produce higher quality software and deliver additional business benefits, including data for generating business insights. AI-enabled testing will get smarter as testing increasingly shifts to the left and accounts for resilency. Risk assessment and mitigation will become higher priorities as will industry domain knowledge, particularly in highly regulated sectors such as finance. The role of software testing will reach new levels of importance in 2023 and we all stand to benefit. 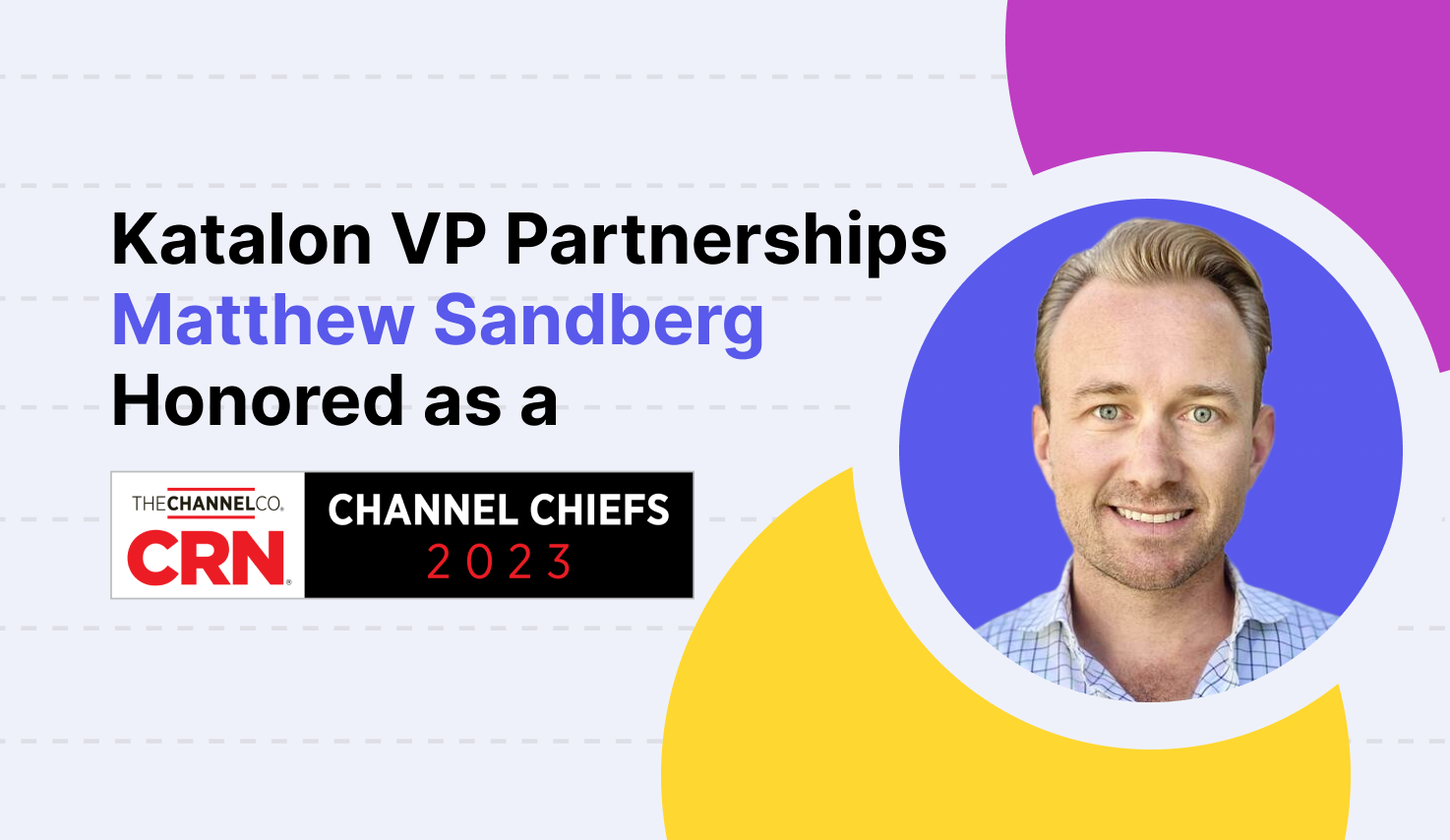 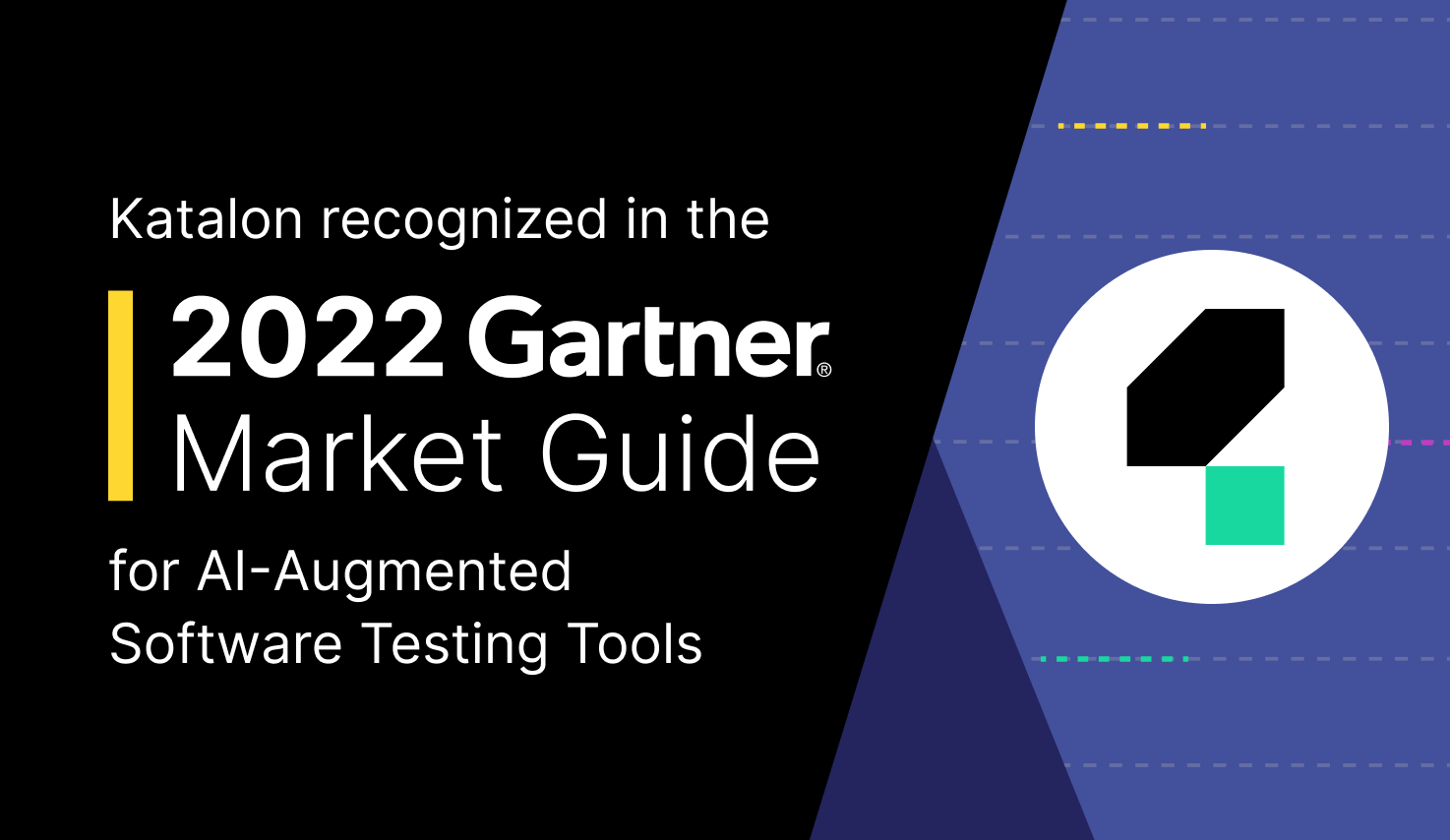 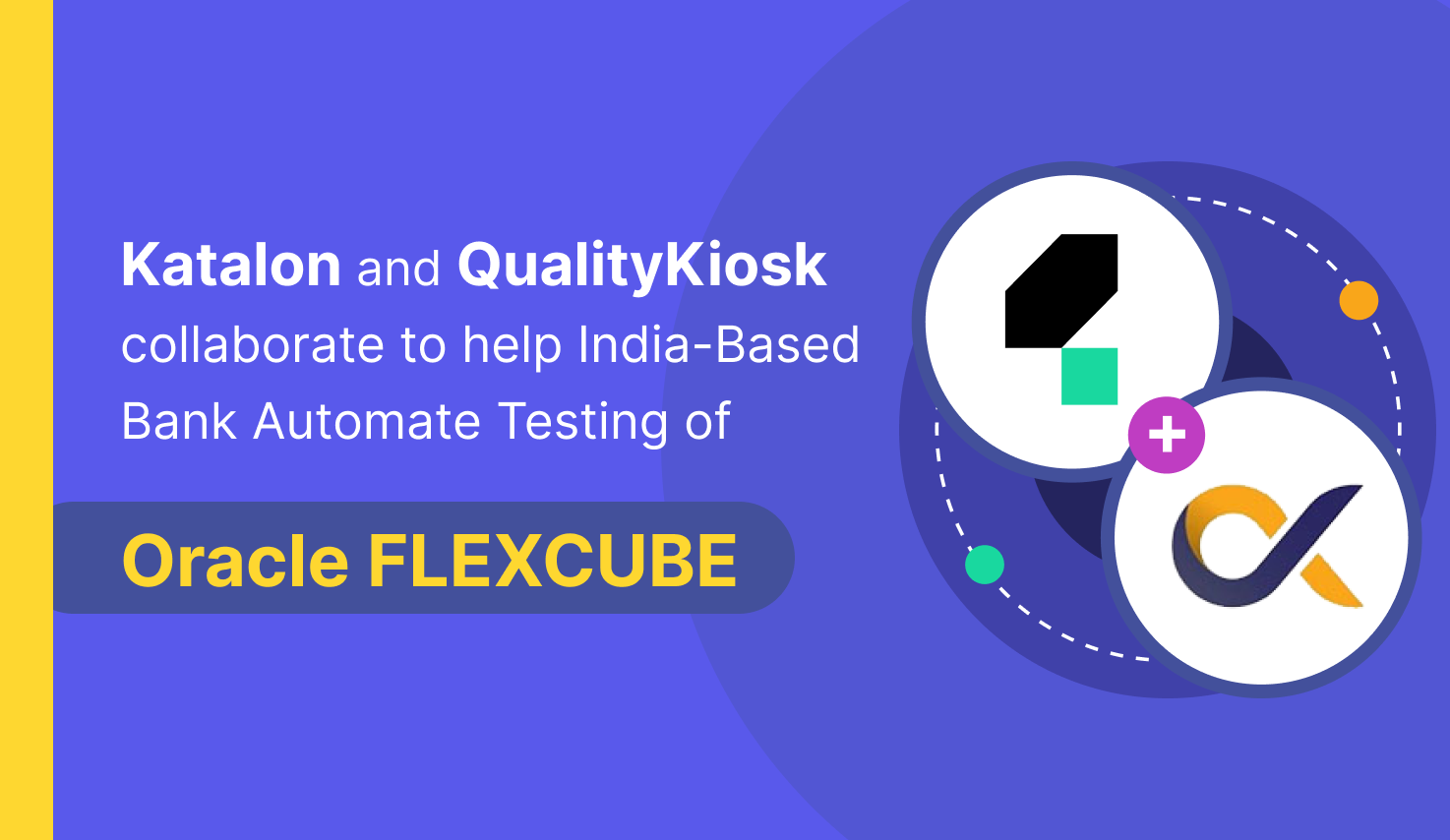 Katalon and QualityKiosk collaborate to help India-Based Bank Automate Testing of Oracle FLEXCUBE
Click
×
Contact Us
Want to see a custom demo or get help finding the right plan?
We'd love to chat. Please fill out the form and we'll be in touch soon.